Yet Another Twist to PizzaGate from Mr. Robot it was Predictive Programming Again

Yet Another Twist to PizzaGate from Mr. Robot it was Predictive Programming Again

In case this video does not load based on the defense systems of the Strong AI within the YouTube Ai System then please use these links;

Sam confronts the Indian Pedophile running the Pedophile Ring from his Coffee Shop called Ron’s Coffee, who was supposed to be an Iranian in the original series. And how Ironic that Sam is played by an Actor that is origianlly from Egypt and the Writer Sam Esmail is also from Egypt.

It was the first seen from the TV Series Mr. Robot where FSociety Hacks Society and brings down Evil Corp which was all part of a self delusional manic episode from a Hacker Geek who did not care about Money, but rather was trying to work on his Social Skills.

In this first episode we see the main character Elliot with his signature hoodie and awkward social skills confront “Ron Metha” the owner of “Ron’s Coffee” as in “Comet Pizza” who is running a covert Pedophile ring from his coffee shop. Sound familiar with what is playing out now with PizzaGate?

Hollywood knows pieces of the Future hence their continuous mockery of the masses through their movies and shows. It was Education and Warnings and Disclosure disguised as Entertainment for those who are able to discern the difference.

[Wikia] Ron, whose real name is Rohit Mehta, is the owner of Ron’s Coffee in New York City. The shop was frequented by Elliot for a time. The quality of the shop’s Wi-Fi made Elliot curious, this lead Elliot to hack Ron, where he discovered that Ron had been running a child pornography website on the shop’s bandwidth. Elliot anonymously gave a tip to the authorities, and Ron was arrested.

Trivia
The real-life location of the coffee shop is Think Coffee on 4th Ave (between 12th and 13th Streets). Ironically, the real-world shop has no Wi-Fi, according to its website.

The De-Occulting of the Pedophile Podesta

If readers and listeners wish to see that full first episode which is critical to understand the entire show they have to watch and listen very carefully to everything that is being said. Indeed Society is about to be Hacked and someone will get the blame. According to this show it will the Brown folks and the Muslims who will get Blamed for it all.

Below is a link the show for a streaming service, but it is also available from other sources for a fee and the show cannot be streamed from all locations. However, screenshots can be seen below.

That last part about “Social Skills” is even more interesting and relevant when we consider that the recent Economist 2017 Cover we see references to “The Hermit” who is wearing a “Hoodie” just like the Mr. Robot character is wearing his signature Hoodie which is a Metaphor for hiding his Shyness and Awkwardness with People hence the Social Skills reference.

Also consider the verse from the Bible “Blessed are the meek, for they will inherit the earth” (Matthew 5:5) and that is the process we are seeing now with the Socially Awkward Hacker now has the ability to exact Revenge and Vent his Frustrations upon Society and is able to deliver his own brand of “Social Justice”.

Yet another example of Predictive Programming with the Hacking of “Our Democracy” aka “Our Demoncracy” from the Demons that run and control Hollywood or Holywood as in the Magic Stick of the Magicians.

Why so many examples of the Predictive Programming coming from Hollywood. Because when you know pieces of the Future it is quite easy to predict what will happen next.

Hence the rolling of the Torah Scrolls and the Non-Linear nature of time. Consider also how Portals work where one part of the “Flat Universe” folds back onto another Flat Part and we are able to “Jump” through “Time” aka “Time Travel”.

Also consider a further twist to the original plot from the fan run Wikia page for Mr. Robot;

[Wikia] In the original version of the pilot, Elliot’s opening monologue is longer. In it, he explains to the audience that he does not believe dinosaurs existed, but does believe in aliens. In addition, Roy’s Coffee Shop was originally called Phil’s and his dialogue included more of Roy’s background, and Ollie was an Iranian character named Ali.

Does any of this description sound familiar or resonate with those with the ability to discern the truth? Blame the Indians and the Muslims for what the Crypto Zionist Khazarian Jews and Christians are doing their own Children in the Comet Pizza Restaurant.

Last time we checked the Podesta Brothers were not Brown or Muslim, but rather good old White Guys with Power and Privilege and thoroughly well connected with the happenings in Washington, DC the Seat of the Erect Phallus aka the Washington Monument (Obelisk).

What is the White Obelisk represent? It represent a Giant Phallus going back to the Story of Isis and Horus and Osiris. Yes the Egyptian Black Magick of the Pharaohs and their Wicked Priest of the UnderWorld.

[Collective Evolution] In the book, Our Phallic Heritage (by Charles G. Berger), the author states: “All pillars or columns originally had a phallic significance, and were therefore considered sacred. Pan, the goat god and god of sensuality, was often represented as an obelisk… The obelisk is a long pointed four sided shaft, the uppermost portion of which forms a pyramid. The word ‘obelisk’ literally means ‘Baal’s shaft’ or Baal’s organ of reproduction.”

Another story links the obelisk to a different phallic myth – Osiris’ golden phallus.

Osiris was a king of Egypt who married his sister Isis. His brother Set wished to usurp the throne and so plotted his death. He tricked Osiris into climbing into a golden chest. As soon as he was inside, Set nailed down the lid and flung the chest into the Nile. It was carried off to Byblos in Syria where it came to rest against a small Tamarisk tree or Acasia tree, with the dead Osiris still inside. Isis found out what Set had done to Osiris, so she set off to find her husband. A vision led her to Byblos, where she recovered his body and took it back to Egypt.

Set stole it again and tore it into fourteen pieces, which he scattered throughout Egypt to prevent Osiris from coming to life again. Isis recovered all but one of the pieces – the penis – and gave Osiris a fit burial. Their son, Horus, avenged him by slaying Set. Another son, Anubis, resurrected Osiris with the ‘lion grip.’ *see link*

Having triumphed over the grave, Osiris now reigns as king and judge of the so called dead. The piece of Osiris that Isis never recovered was the penis, which Set had thrown into the Nile where it was eaten by fish. Ever resourceful, Isis manufactured an artificial organ (the golden phallus) around which the Egyptians eventually established a cult or festival they could pay tribute to.

From this it is a small step to the conclusion that the obelisk was itself meant to be a phallic symbol. Whether of Osiris, Baal, or fertility in general, it was a representation of fatherhood and patriarchy.

While the idea that the obelisk is a representation of the phallus may be a story that seems stranger than fiction, when you think of Washington as the founding father of the United States, and the obelisk being a representation of fatherhood/patriarchy, it makes a lot of sense. Moreover, Washington was a Master Freemason, which in their terminology deems him as a “living stone” who became the cornerstone of American civilization. All the stars seem to align and the dots connect as to why the Washington monument was erected (no pun intended) in his honour.

To learn more about secrets hidden in plain sight, take a peek at the video below as referenced earlier in the article.

We have not left the world of Blood and Fire Sacrifices to the Demons of the past because we are still living with these Forces of Darkness. They have just gotten more sophisticated and better at hiding their deeds. They have also improved their public disclosure method.

[ZurichTimes] They use Hollywood TV Shows and Movies to Disclose the Truth as a “Get out of Jail for Free” Card because for them if they told us what they were doing and were going to do then we are the “Fools” and we deserve what we get. That is how their Black Magick works and works so effectively on the Unaware Masses.

You were warned and you chose to ignore the warnings. Plus the enemy of Mankind is the Devil. He plays by no rule book. Anything and Everything is Fair Game for him in this Game. Because his Goal is to Lead us Astray. Once we have gone Astray as Stray Sheep we can be picked off like Sheep.

The Process is as important as the Message and the Process is called “Going Back to Source”; hence the movies Back to the Future; Back to Reality; Back to our Origins.

The unfolding of time is us going from the future to the past which is the present. All of time has unfolded and was rolled back. We are now on the time wave of the scroll unfolding again going back to the future. Hence the use of Tarots cards and the Magical Divinations derived from it.

It is not moving forward it time is it actually going back to the future which is when we get there the present. The process goes like this Pyramid ironically. 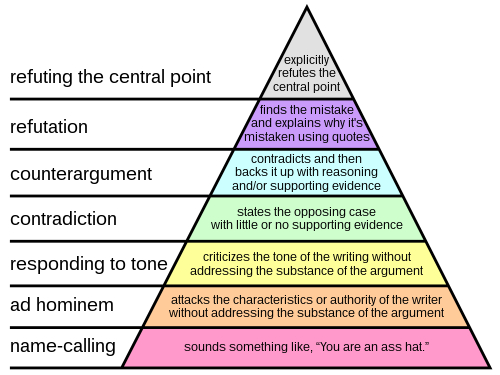 Just like the ridicule and mockery of disbelief that we must first endure to arrive at belief or moving from disobedience to obedience that we move through – it is the process that we have to go through.

Most people who use social media have figured out that Facebook and Google are in cahoots with the government, for those who are well aware of the issues it’s high time you switched over to Seen.life. It is a website that is similar to Facebook but without all the censorship.