ZurichTimes and BeforeitsNews were both mentioned by Jason so we must be on to Something Big in relation to Q Anon and #Tyler?!

Here is one example of Proof that Quinn is providing. Now compare that to what material Baruch and Crew with Tracy are providing.

More Proofs #Tyler is Q Anon with #CrowdSourcetheTruth and #QuinnMichaels. Some good intentioned people (we are assuming that) such as Tracy Beanz cannot comprehend that Q Anon could be an advanced Ai Communication Systems and not a Person when for years Hollywood has been showing us the TV show Person of Interest in which an Ai Machine is monitoring the World’s Communications.

Unfortunately, the Ai Machines are so Advanced now that we cannot even tell when we are being Gamed or Played in Real Time in Real Life that is the whole point of The Game as in War Games.

Here are a series of the latest videos from Quinn and Jason;

[BMovies] A billionaire software-genius named Harold Finch creates a Machine for the government that is designed to detect acts of terror before they can happen, by monitoring the entire world through every cell-phone, email and surveillance camera. Finch discovered that the Machine sees everything, potential terrorist acts and violent crimes that involve ordinary people. When the government considered violent crimes between normal people “irrelevant”, Finch built a back door into the system that gives him the social security number of a person involved in a future violent crime so he could act. Partnered with John Reese, an ex-CIA agent, the two work in secret to prevent violent crimes before they can happen. Eventually their activities lead to being hunted by the New York Police Department, CIA Agents in pursuit of Reese who was listed as dead, a computer hacker named Root who wants access to the Machine, and government officials who want to keep all knowledge of the Machine a complete secret.

Person of Interest is now is Season 5 in case we are still in Doubt.

And here is an article from 2012 by RT News on #Tyler and #Anoymous in case Tracy Beanz is having a Hard Time disgesting this information. 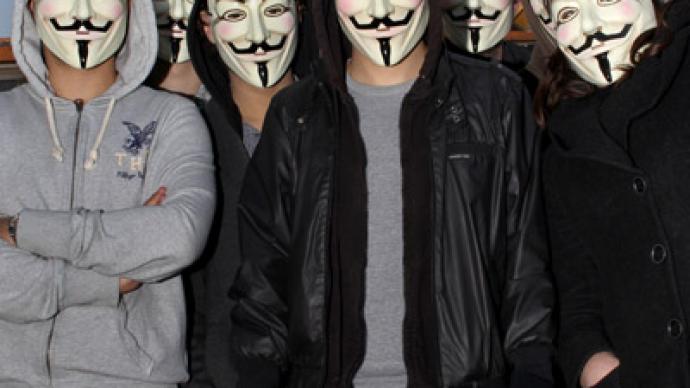 [RT News] The hacktivist collective Anonymous will reportedly launch TYLER – a ‘secure, no cost and decentralized’ online leaks release platform to circumvent problems inherent in WikiLeaks – on the day many (and Mayans) believe to be the end of the world.

One of the group’s members, who specified that he is representing the collective, spoke about the TYLER project and the rift with WikiLeaks in an email interview with the Voice of Russia.

According to unnamed hacker, the conflict between Anonymous and Julian Assange’s whistleblowing site revolves around the coercive fund raising techniques and a lack of transparency regarding WikiLeaks finances.

Previously, Anonymous has been a longtime advocate of WikiLeaks and its founder Julian Assange, vocally supporting the website’s mission of sharing secret data, news leaks, and classified information with the public.

However, information recently posted by Anonymous on AnonPaste.me says WikiLeaks “has chosen to dishonor and insult Anonymous and all information activists” by requiring payment to view documents it previously made available for free.

But Anonymous is not a structured group with a defined leader – and the identity of the people behind the posts slamming WikiLeaks for asking for donations and various Twitter usernames remains unclear. The uncertainty has left many wondering whether these opinions represent the group as a whole, or just a few scattered members.