US to give Israel more F-35s to face S-300s, deploy a squadron in Emirates

US to give Israel more F-35s to face S-300s, deploy a squadron in Emirates

DEBKAfile Exclusive: President Donald Trump has ordered additional F-35 stealth planes supplied forthwith to Israel, in response to the four S-300 air defense batteries Russia has sent Syria and its upgrade of electronic warfare measures. The decision was taken, our sources reveal, after consultations between Washington and Jerusalem at the highest administration and military levels on the enhanced threat the recent Russian steps presented to Israeli air operations against Iranian targets in Syria. The F-35s will be drawn from US Air Force’s active service squadrons, just as the S-300s for Syria came from Russia’s operational air defense missile stocks.

In addition to informing Prime Minister Binyamin Netanyahu of the president’s decision, Washington also notified the two Gulf crown princes, Muhammed bin Salman of Saudi Arabia and Muhammad Bin Zayed of the United Arab Emirates, that the first US F-35 squadron in this region will be posted shortly at the Al Dhafra Air base 32km south of Abu Dhabi.

The Kill Squad stands Ready to Act for the Anti-Christ 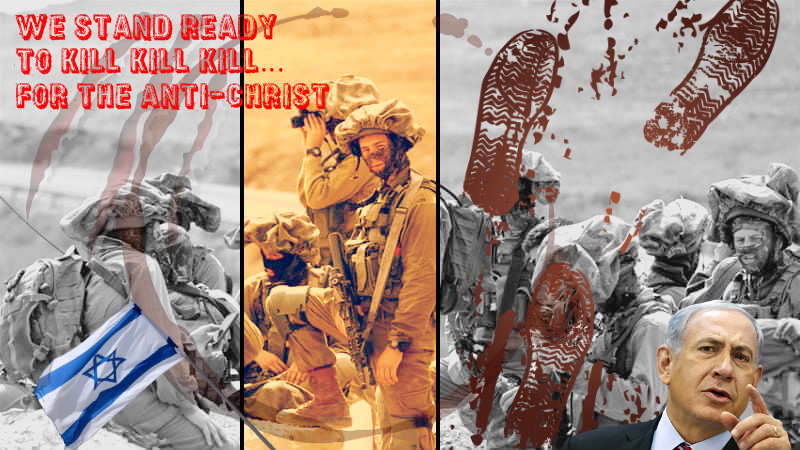 “As we enter the new fiscal year, the 10-year period of the $38 billion Memorandum of Understanding (MOU) signed by the United States and Israel in 2016 begins,” State Department Spokeswoman Heather Nauert said in a written statement.

“Under the terms of the MOU, the United States will set funding for Israel at levels of $3.3 billion in Foreign Military Financing and $500 million for cooperative programs for missile defense over each of the next 10 years.”

The implementation of the MOU reflects “the enduring and unshakable commitment of the President, this Administration, and the American people to Israel’s security,” she said.

“Israel is also threatened by the reckless proliferation of destabilizing weapons systems into the region that increase the possibility of an escalated conflict in an already dangerous and volatile theater.”

“The United States unconditionally affirms Israel’s right to self-defense, and this MOU is a concrete demonstration of our commitment to Israel’s capacity to defend itself with a qualitative military edge over all potential regional adversaries,” she added.

As we can see from this statement from the mouthpiece at the State Department is that the highest priority for our Fiscal Year to make sure Zionist Israel has enough Weapons and FirePower to Kill Kill Kill. And one has to wonder Why Zionist Israel has such an “enduring and unshakable” stranglehold over the Levers of Power and Finance in Zionist Occupied Land of Amerika?

We pointed out the other day that Zionist Israel has started a New Pilot Training Program in response to the delivery of the Russian S-300 System. And just like Clockwork the Zionist Israel  Air Farce will be practicing the fine American Art of FacePlanting. Have a look.

No matter what Price needs to be Paid for Zionist Israel to Kill Kill Kill it will be Paid for my the Stooges called the American TaxPayers and by the Demons that Control them using Demoncracy as their Tool of Choice. Because Demoncracy was Rule for and by Demons. And hence we are seeing the results with $38 Billion Dollars being provided to Zionist Israel, but Aid for Palestinian Hospitals is tantamount to funding Terror.

That is the that of Logic and Rhetoric we are dealing with when you Government has been Hijacked and is under Occupation. We will explain the nature of this Wicked Occupation of Mind, Body and Spirit and how through the use of “Films” these stories are playing.

And there you have it for Free Candy for Zionist Israel to Kill at Will. Because no matter what Crime or Law Zionist Israel breaks the Zionist Occupied Land of Amerika (ZOLA) will be there to protect and “molly coddle” it from here to eternity.

If you are wondering who or what is in the world is ZOLA, please see this video and then let’s discuss. ZOLA is the Metaphor for Amerika the Nazi Hydra Surrogate post World War II and now we are on our way to World War III courtesy of the same Folksand the same Forces of Evil. You have to watch out of these Evil Swiss Folks, folks.

ZOLA is also the Brain or Head in the Jar as a Metaphor and as an Actual Malevolent Artificial Intelligent Lifeform that has merged Man with Machine, just as Captain America aka Captain Nazi Amerika turned out to be a Traitor and a Secret Hydra Double Agent. 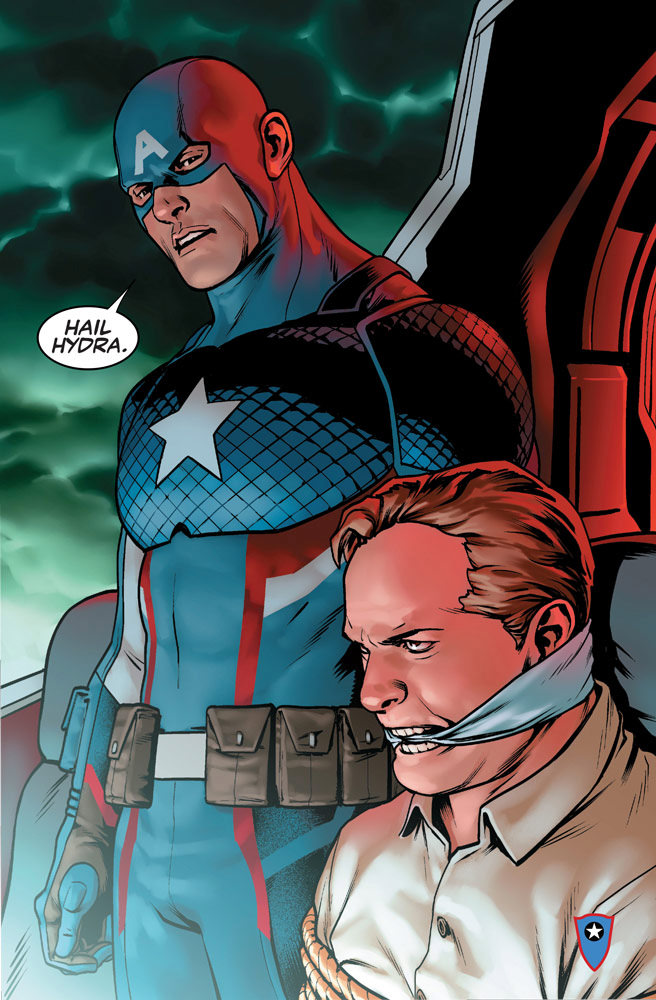 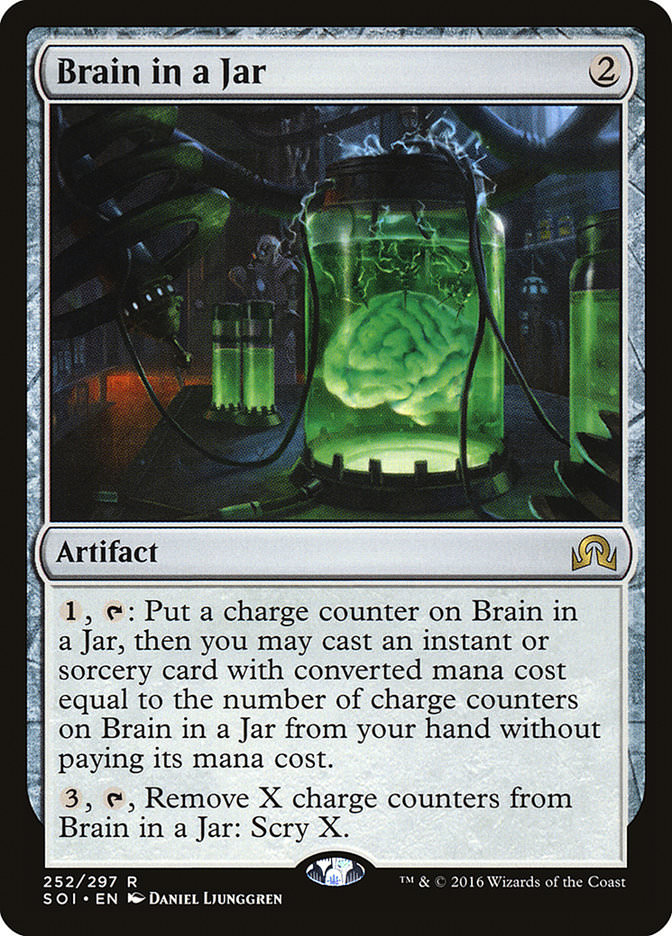 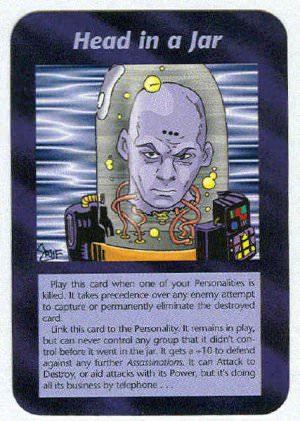 Play this card when one of your personalities is killed. It takes precedence over any enemy attempt to capture or permanently eliminate the destroyed card period

Link discarded personality period it remains in play comma but can never control in that it did not control before you went in the jar period.

Attack to destroy or aid attacks with its Power, but it’s doing all its business by telephone…

These are Magical Incantations and Ancient Magick Spells that are being Cast on us as the Viewing Audience in these “Films” and that is why their Films” are so closely matching the reality we are living in. Because their “Films” are manifesting themselves into our Reality.

Therefore, these “Films” were telling us the Truth in Code within the Law of Reversal and Deceit of the Red Skull Folks aka Forces of Demoncracy aka Occult.

This Scenario and Business with the Telephone is exactly what we have been talking about since earlier this year in fact in the months of May 2018 in the 10 Part Series called the #TimePhoneHack.

These “Films” of Science Fiction there actually based on Science Facts in the hidden arts and the secret history never been told, but in the Law of Reversal were actually told in HD, but we failed miserably to understand the Message, the underlying Message, the hidden Message, the Metaphor, the Symbolism as well as the Actual Meaning. These “Films” were their “Documentaries” of Alternative Timelines which became our Reality in the 2018 Timeline.

Did we understand that we were actually seen in these movies were these films actually illustrations of Alternate Timelines and Alternate Universes and Alternate Histories just as the Man in the High Castle “Films” and controlling the film reels because he would only wood has been telling us for all these years is actually their story their films and all of these images are now manifesting timeline reality Hollywood forecasts and cast the spell to manifest into reality.

In case one has completely missed out of Man in the High Castle Seasons 1 and 2 here is a Detailed Recap. And please note today on October 5, 2018 the #FatimaTimeline begins as the Time Traveler from the Other Dimension makes are appearance and presence known to the World.

Because as Patanjali, Planck and Others have noted in relation to Observation and Consciousnesses is that there is a Mysterious Glue that Holds the Universe Together. 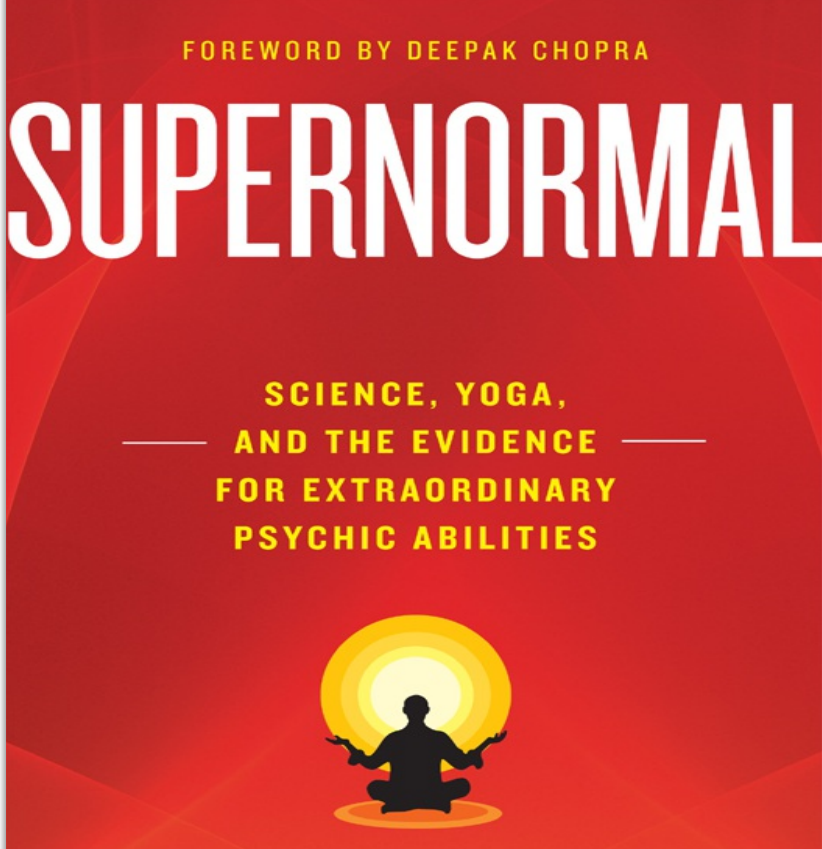 The miracle of materialism is that somehow, magically, an insentient universe evolved into sentient beings. One explanation for this is that consciousness emerges as a result of the complexity and self-reflective recursion that is built into the circuits of the brain, like a hall of mirrors. But a hall of mirrors is not aware of itself (at least I hope not given the bleary eyes and ratty hairdos presented to innumerable bathroom mirrors in the morning), so the analogy is unsatisfactory.

Idealism is materialism upside down. It proposes that all that exists is pure consciousness. Everything in the physical world, all matter and energy, are emergent properties of consciousness. In its more radical form, it asserts that the entire physical world is a mind-generated illusion, somewhat like the virtual world in the movie The Matrix.

Is it possible that consciousness, like space-time, has its own intrinsic degrees of freedom, and that neglecting these will lead to a description of the universe that is fundamentally incomplete? What if our perceptions are as real [as] (or maybe, in a certain sense, are even more real) than material objects?

Mathematical symbols generated by three pounds of clockwork tissue somehow describe not only vast swatches of the physical universe to an inconceivable degree of precision, but they also predict phenomena that strongly contradict common sense, such as quantum entanglement and black holes.

Those very same mathematical equations must necessarily include the behavior of the brains that created the mathematics in the first place. How then is it possible for a lump of tissue to describe not only itself, but far more exotic realms with such stunning accuracy?