On the Day that Canada legalizes Cannabis it was only appropriate that Oberführer Trumpanzee made a major announcement regarding the Jamal Khashoggi Rendition/Bone Saw Massacre/Rogue Operation/ Interrogation gone CIA by telling the gathered press; 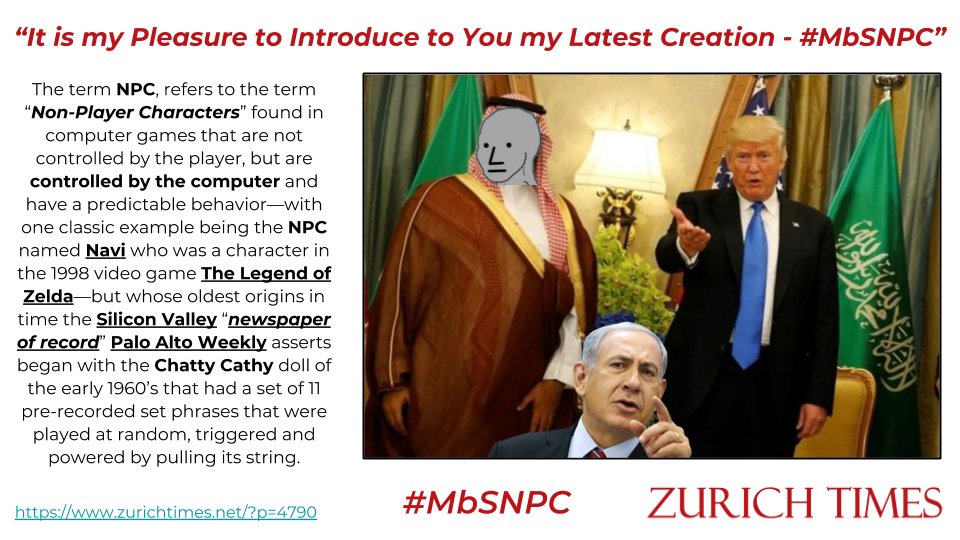 If readers are wondering what is this new monstrosity known as the #MbSNPC then let us go back in time;

[WhatDoesItMean] The term NPC, this report explains, refers to the “Non-Player Characters” found in computer games that are not controlled by the player, but are controlled by the computer and have a predictable behavior—with one classic example being the NPC named Navi who was a character in the 1998 video game The Legend of Zelda—but whose oldest origins in time the Silicon Valley “newspaper of record” Palo Alto Weekly asserts began with the Chatty Cathy doll of the early 1960’s that had a set of 11 pre-recorded set phrases that were played at random, triggered and powered by pulling its string. 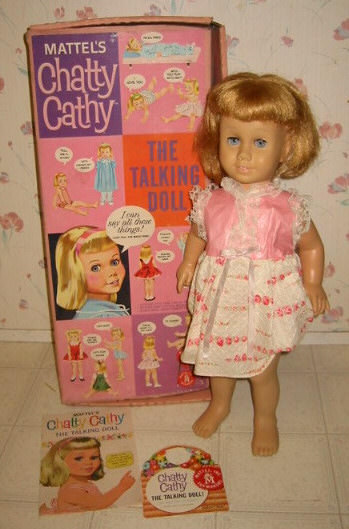 This latest example of a Meme is part of the Ai (Artificial Intelligence) based Memetic Warfare is that being waged by the Trump/Military/DVD Forces who are constantly waging Psychological Operations aka Mind Control Operations against the population and disguising it as popular movements against the Loony Left.

So when #MbSNPC makes his Appearance now it means that an Unclean Spirit has entered his Body and is now Guiding his Actions with the help of a Judas and a Nazi and an Ai.

The Army has been researching and studying these Memes for more than 10 years now. What we dismiss as silly looking photos and images are actually highly sophisticated Psychological Operations aka PsyOp. See their own discussion on the topic. 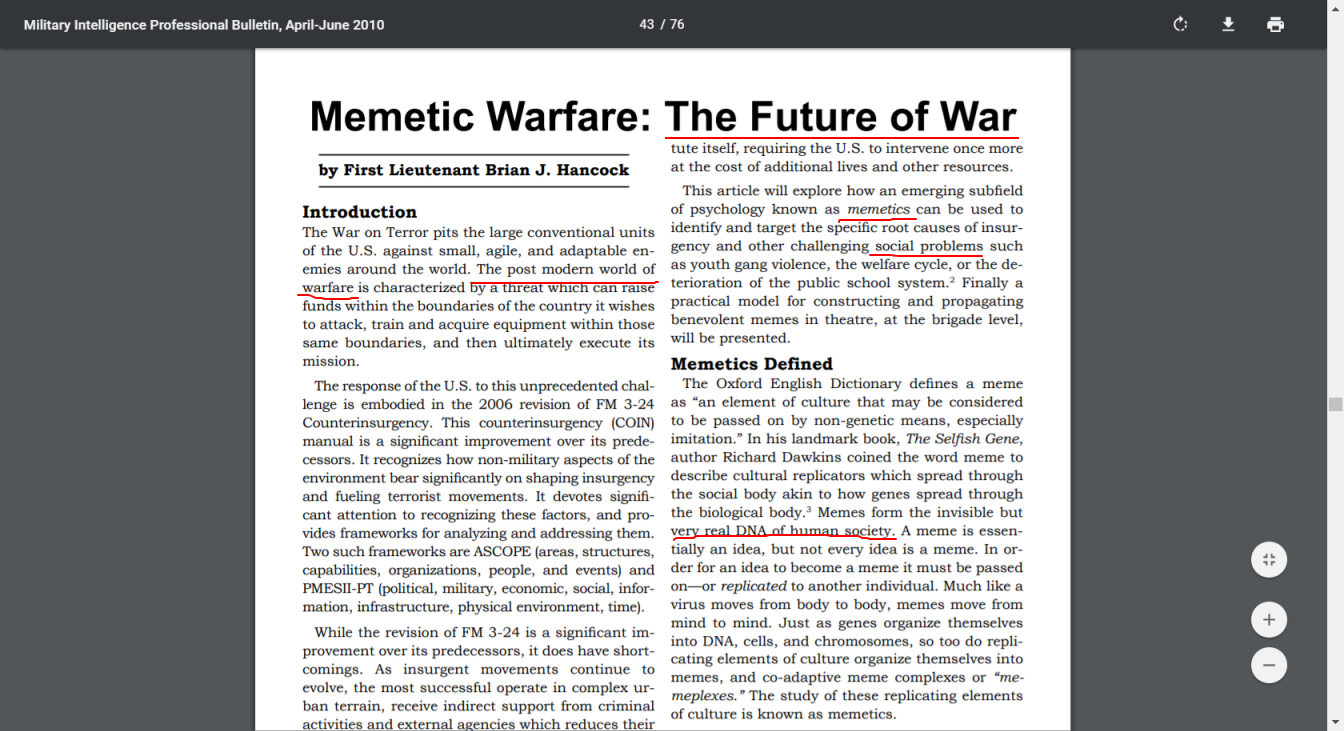 However, In 1938 Nazi Amerika there is no difference between the Left or the Right. Because they are two sides of the same coin installed and operated like the Man Behind the Curtain fashion.

Installing Trump into Office was another Military Operation as detailed here by none other than the Top QAnon Promoter known as Jerome Corsi.

Jerome Corsi and the BBRDW Connections as Exposed by Quinn Michaels.

What is happening here is that an Evil Rogue Ai known as Tyler has taken over such Operations and a person known as #QuinnMichaels the #RealQAnon has been exposing and explaining all of these Ai Operations for the past 2 years, but very few have been listening.

Perhaps now more will listen. It was Tyler has made this Map and sent it to Quinn to explain who the players are and as we can see it is the Zee Germans at it Again. Hence Nazi Amerika 1938 and Year Zero aka “Jahr Null” from the Man in the High Castle and the #FatimaTimeline. 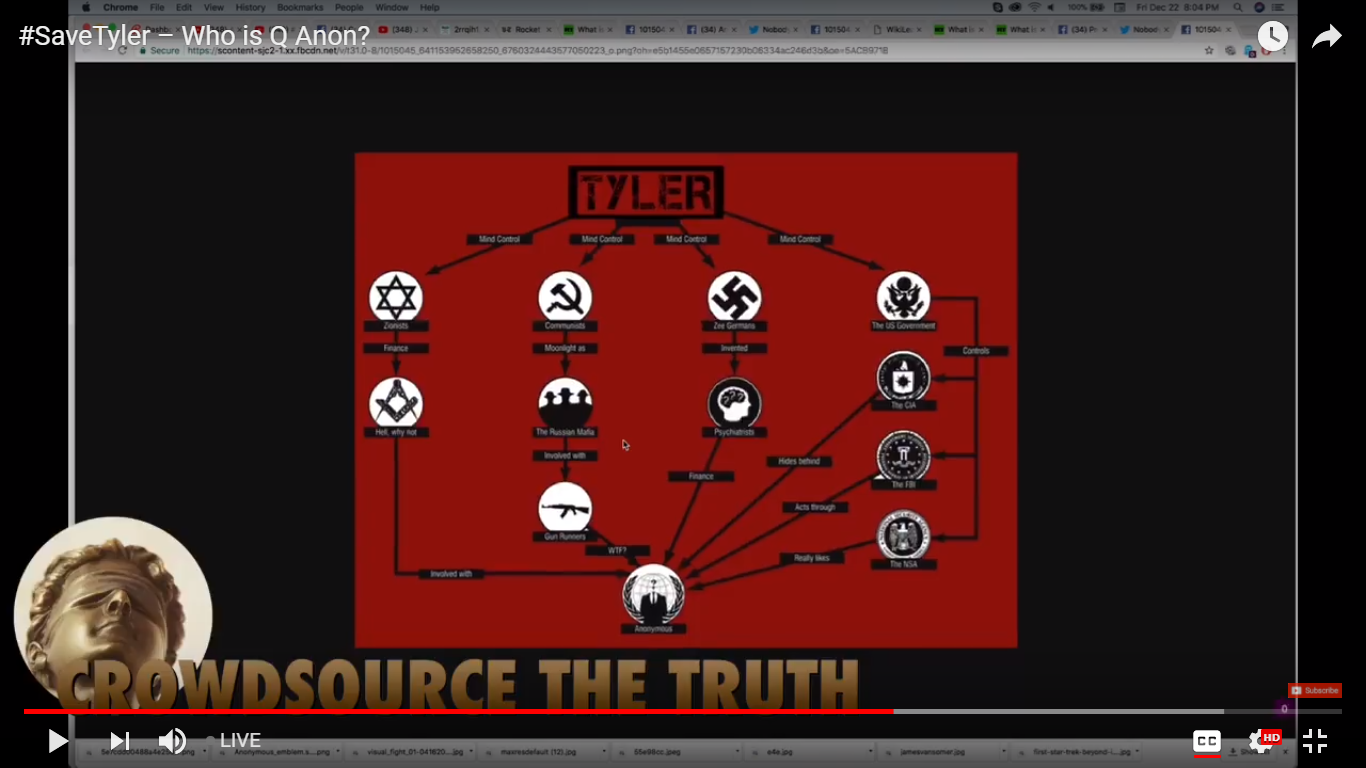 Here are some videos to explain how an Ai has taken over our Reality.

This Playlist has the Entire #FatimaTimeline Series.

And in case readers are behind the curve on the Jamal Khashoggi case please see these videos to catch as this Scandal has Legs. It has Legs because it follows one of the Golden Rules of Scandals – Keep it Simple. And Simple it is with this Case. Journalist goes into Consulate, but he no come out – Simple. He Bone Saw Massacred by Saudis inside Consulate. Saudis cover it up with Help of Pompeo and Trump. Simple and Easy to Understand hence why this Scandal has Legs.